Penetration testing is a cornerstone of the cybersecurity industry, and Kali Linux is a vanguard tool in the pentester’s toolbox. However, running the Kali operating system on a single board computer (SBC) has not always been possible. Many ARM-based SBC units run Armbian, which is a solid Linux distribution based on Debian and Ubuntu, but Kali has not really been a widely usable option on small systems until now.

Introducing Karmbian: a Kali Linux system optimized for RK3399 SBC and other single board computers using the Armbian toolchain and BSPs! 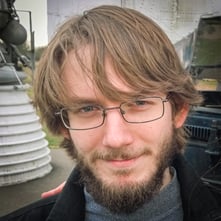 “Karmbian opens the possibility of running Kali on numerous SBCs that aren't supported otherwise. Having it based on Armbian allows novice users to customize their Kali build for their SBC very easily.”

The distribution is 100% open source and used in security operations by GoVanguard, but developers are welcomed to join the project and contribute.

Why Develop an Operating System For Free?

As thought leaders in the infosec community, GoVanguard prides itself on open source development of pen testing and general infosec tools. Part of GoVanguard’s company culture is a commitment to spreading security awareness and toolsets to anyone who needs them. As such, we maintain a resources page on our website and we invite contributors to join us on our Github repo to help build out a more robust toolbox for white hat users around the world.

Karmbian is a powerful new tool, and we hope to see it used widely. GoVanguard CEO, Mahdi Hedhli, explains “Kali is the most popular security/pentesting linux distro. Being able to run that on low power, low cost, tiny SBCs makes hackers very happy.”

We are currently running Karmbian in our own operations on RockPro64 units and other similar systems. Development for use on the Raspberry Pi4 is currently under way, and we have been testing on Pinebook Pro, and other platforms. Testing and bug reports from the community would be greatly appreciated!

What Do You Need to Get Started?

We are looking forward to seeing where Karmbian development goes. Don’t be shy with pull requests!

At GoVanguard, we recommend a systematic approach to maintaining your information security. Carefully and simply implemented security protocols can minimize the risk of exposure to data breaches and the penalties the proceed them. In order to successfully navigate data security protocols, compliance protocols must be in place. That is why we have a rigorous cybersecurity risk assessment and program implementation regimen in place! Contact us to learn more!