The Difference Between Vulnerability Scanning vs. Pentesting and What Makes Pentesting So Important 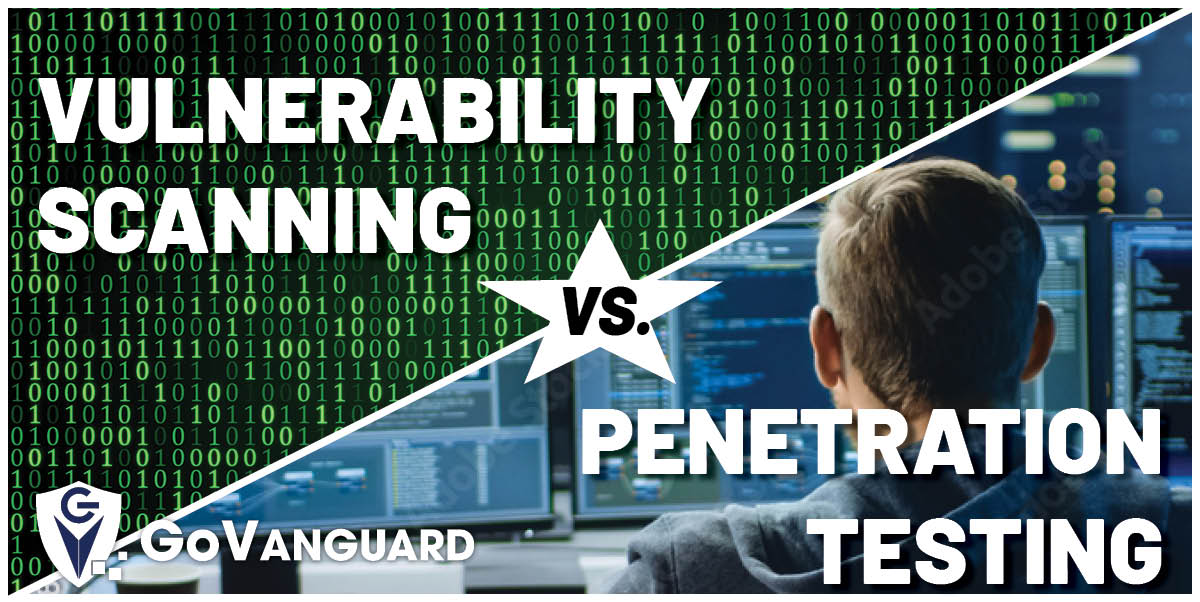 Amid the fallout from Log4Shell, Colonial Pipeline, JBS, and a myriad of other high-profile breaches, cybersecurity is becoming a larger priority in corporate America. While many companies are now cognizant of the risks, some also may be wondering where to begin with threat mitigation.

But before mitigation can begin, companies must identify their cybersecurity vulnerabilities. Proper defense in depth (DiD) depends on it. Vulnerability scanning and pentesting both can help, but each assessment has its strengths, weaknesses, and appropriate uses.

A vulnerability scan can also reveal a great deal about an information system. For example, it will tell the engineers performing the scan about the software the system is running, whether that software is up-to-date, and whether that software is susceptible to known flaws. These flaws are called Common Vulnerabilities and Exposures (CVEs). Vulnerability scanners cross-reference open-source CVE databases to determine if the system under automated review is susceptible to these known attack vectors.

While vulnerability scans are efficient and comprehensive, they are not useful in isolation. The data they produce require human interpretation. For example, a vulnerability scan can identify a vulnerability, but only a human can ask the relevant questions to determine whether the finding is legitimate, whether a malicious actor can exploit it, and ascertain the potential impact on the company if it were exploited.

This is where penetration testing, conducted by skilled cybersecurity engineers, excels.

You can think of penetration testing (commonly referred to as pentesting) as a simulation of a cyberattack carried out by a malicious actor. A company hires a cybersecurity firm to breach their defenses and explain how they got in, what information they could have taken, and what damage they could have done. Pentesting differs from vulnerability scanning in several key ways.

The first is comprehensiveness. Penetration testers, known as pentesters, usually aren’t looking to enumerate all the ways they could breach a company’s defenses. Like real malicious actors, they’re looking for any way into a company's digital infrastructure. Once inside, they try to move laterally through networks, escalate their access privileges, and identify sensitive data that they could exfiltrate and/or ransom, if they were actual malicious actors. Pentesters may use a vulnerability scanner to quickly identify possible exploits, but given time constraints, the goal isn't to attempt every exploit. Instead pentesters will prioritize actions based on the severity of the exploit and the likelihood of successful exploitation.

The second differentiator of pentesting is the reporting, which is far more nuanced than vulnerability scanning and includes human-generated insights and explanations. At the conclusion of a penetration test, pentesters report on how they got in, what data they could have exfiltrated, and steps the contracting company can take to mitigate the threats that the pentest exposed.

The final differentiator is social engineering. Pentesting firms often offer social engineering tests, which use tactics to test not just your digital defenses, but also your human defenses. Many malicious actors gain footholds in companies by exploiting employees -- tricking them into downloading malware or revealing sensitive information such as account credentials -- which can lead to network compromise. Pentesters will often use social engineering tactics, such as phishing, spear phishing, and vishing (voice phishing) to gain a foothold in an organization. This is a great way of assessing your organization’s baseline cybersecurity awareness, and it’s also something that a vulnerability scan just can’t do.

The Pros and Cons of Vulnerability Scanning

The Pros of Vulnerability Scanning

The Cons of Vulnerability Scanning

The Pros and Cons of Penetration Testing

The Pros of Penetration Testing

The Cons of Penetration Testing

While both vulnerability scanning and penetration testing have associated costs, recovering from a ransomware attack is far costlier. A 2021 Sophos report found that the average recovery cost for a ransomware attack was $1.85 million the same year – that's up from about $761 thousand the year prior.

Vulnerability scanning and penetration testing are money well-spent. They work best together and on a schedule. At a minimum, you, or a third-party vendor, should perform regular vulnerability assessments. The cybersecurity industry standard is to have at least one annual penetration test. GoVanguard also recommends following up with a retest to ensure that remediation efforts were effective. Frequency needs may change if your company undergoes significant network infrastructure changes, a new zero-day exploit is discovered, or if compliance requirements change.

Timing matters when deciding to conduct a vulnerability scan or a pentest. For example, if your cybersecurity basics aren’t covered, such as mapping your attack surface and environment, creating cybersecurity policies, and laying out a disaster recovery plan, all that either scan will reveal is that these bedrock cybersecurity principles must be addressed first. While that may seem intimidating, your company can handle many of these basics at low or no cost. You can learn more about how to do it here.

Once you’ve addressed these basics, you’re ready for vulnerability scanning and pentesting. The tactics of malicious actors are constantly evolving, and so should your defenses.